Embracing Change and Engaging Communities:
A success story from Philadelphia

This post takes inspiration from Phillip Seitz’s May/June 2011 article in Museum, “When Slavery Came to Stay.”  It centers on Cliveden, a National Trust historic site, encompassing a 1767 mansion and 5.5 acres outside Philadelphia, PA.  The site was the home of the distinguished Chew family and was almost continuously occupied for 200 years.  This historic home is located in a neighborhood that is now roughly 85% African American. 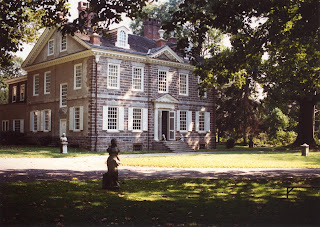 What do you do when the community around your museum changes so dramatically that your museum no longer seems relevant?  According to Phillip Seitz and Cliveden, you reach out to that new community and you give them what they want—even if that means radically revamping your interpretation and mission.  For Cliveden, these ultimate risks were worth it.  Rather than dying a “quiet, polite, and irrelevant death,” this historic site is engaging with history and its public like never before (p. 42).

These radical changes began back in 2001, when Phillip Seitz (then curator of history at Cliveden) discovered evidence of the Chew family’s slave-holding plantations.  In his article Seitz relates that “subsequent digging over several years confirmed a major story of the enslaved planation community’s organized resistance—passive, active, violent—the like of which has been rarely documented” (p. 42).  This “story of slavery and profit of epic proportions” begins in Colonial Jamestown and extends right down to the establishment of Cliveden’s endowment.  Eventually it became too much to stay silent about these sobering facts.

During this time, an unlikely partnership developed between the curator Seitz—a “chubby middle-aged white European American with a master’s degree—and the maintenance man John Reese—a slim, older African American Muslim with a sixth-grade education” (43).  Seitz shared the details of this “real, unfiltered history” with Reese while Reese taught Seitz about what it was like to be black in America.  This fruitful partnership led to a coauthored paper and the inspiration for sharing this information with the community.

In order to do this, Cliveden hired an African American community relations consultant and organized several neighborhood meetings.  These meetings began with a presentation about the new research—revealing the secret past of the Chew family and their courageous slaves.  This presentation was followed by a question and answer period and a facilitated discussion which focused on how participants wanted this kind of information delivered at the site.  The local participants did not hold back and came up with numerous ideas for engaging the community and presenting this vital information.  Their suggestions included free busing, hosting a day for visitors to share their own family’s stories of slavery, storytelling, interactive media, and food.

This was a transformative experience for Cliveden.  Armed with the community’s support and suggestions, Seitz was able to convince the board of directors to allow for sweeping changes and an entirely new interpretive message and strategy.  A series of lecture/discussions on slavery-related topics followed, which met with wild success in the community.  A psychologist-facilitated workshop came next.  Cliveden now actively engages in community outreach, storytelling artist-in-residence programs, new exhibits on the slave experience, and even the diversification of its governing board.  By reaching out to the community, truly listening to their ideas, and following through on their advice, the staff now has “the opportunity to extend Cliveden’s stories in ways that combine the War for Independence and the Struggle for Freedom while avoiding the traps of ‘shame and blame.’  [They] are fulfilling [their] vision to make history useful while building vibrant communities” (p. 47).